space
Panel discussion | From the Bottom Up: Rethinking Art Galleries in a Commodity and Event Dominated Ecosystem

TALKING GALLERIES collaborated with The Armory Show, New York in 2013 organizing a capsule that was part of the Open Forum programme, a thought-provoking series of conversations and panels at The Armory Show, featuring leading curators, critics, designers, gallerists, museum directors, and art world experts.

Under the title, ‘From the Bottom Up: Rethinking Art Galleries in a Commodity and Event Dominated Ecosystem’, the TALKING GALLERIES / THE ARMORY SHOW CAPSULE, held in March 7 2013, took up some of the central issues surrounding the transformation of the global gallery ecosystem.

The art world has been significantly reshaped by the global art market in the last two decades. In a time of flux, many people question the role of galleries, their ability to adjust to changing circumstances and even their existence as brick and mortar spaces.

With Christian Viveros-Fauné as moderator, and Georgina Adam, Helen Allen, Carlos Duran, Darren Flook and Kavi Gupta as speakers, some of the issues raised during the debate were: the bifurcation of the art market; the spectacular rise of art prices; the development and growth of art as an asset class; the speculation associated with the phenomenon of investment-grade art; the importance of art fairs and the art fair exhaustion syndrome; and the increased public identification of art, art galleries and artists with the global 01%. The discussion attempted to identify alternatives to business as usual for galleries committed to the values of artistic innovation, openness, and good business. 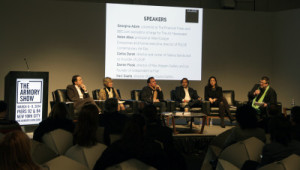 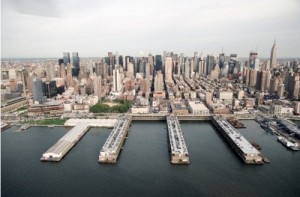 pace
Georgina Adam  |   Columnist at The Financial Times and BBC.com and editor at large for The Art Newspaper
‘There are 4 more fairs added into the international calendar, how are we going to absorb    them?’
‘A gallery  exhibition is to learn and understand the artist , the art fair can not provide that as it is a much more pressurised environment’
‘The art has become a product, how to deal with it?’space

Helen Allen  |  Principal at Allen/Cooper Enterprises
Let’s change the system and start investing in one’s artists as a possible solution to the challenges galleries are facing right now.’
‘Collectors have changed in the past 20 years. They used to collect for the love of the art and now they collect as an investment, so art has become a commodity’.

Carlos Duran  |  Director and owner of Galeria Senda and co-founder of the LOOP art fair ‘Fairs have become monsters that we the galleries are constantly feeding, galleries need to foster a personal relationship with collectors and artists’.

Darren Flock  |  Co-founder of the art fair Independent
‘We should view fairs as one part of the conversation, not only as purely vehicles for sales’
‘As long as there are idiots like me who enjoy working with artists, there will always be galleries’

Christian Viveros-Fauné  |  Critic and curator. He is a columnist for the Village Voice and a regular contributor to ArtReview and The Art Newspaper.

About The Armory Show

space
The Armory Show, a leading international contemporary and modern art fair and one of the most important annual art events in New York, takes place every March on Piers 92 & 94 in central Manhattan. The Armory Show is devoted to showcasing the most important artworks of the 20th and 21st centuries. In its fifteen years the fair has become an international institution, combining a selection of the world’s leading galleries with an exceptional program of arts events and exhibitions throughout New York during the Armory Arts Week.
spaces
pace 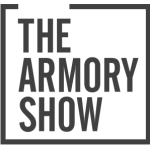 ** This project was supported by Spain Culture New York – Consulate General of Spain.