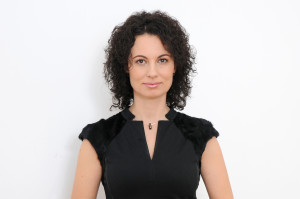 Annamária Molnár is director and owner of Ani Molnár Gallery in Budapest. She started her career as a curator organizing non-profit exhibitions and projects. In 2009 she founded her gallery, which developed a unique profile of equally focusing in its program on emerging and established Hungarian and Eastern European artists. The gallery hosted non-profit public space exhibitions for 7 years that received the Summa Artium Award. She was the president of the Hungarian Contemporary Galleries Association (2011-2014) and launched the international visitors program “Budapest Contemporary” in 2012. In 2013 the gallery received the Innovation and Creativity Award by FEAGA in Basel. Ani Molnár is member of the board of FEAGA since 2017.