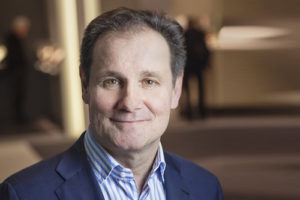 Nanne Dekking is the Founder and CEO of Artory, New York/Berlin and Chairman of the Board of TEFAF. Founded in 2016, Artory is creating the first standardized data collection solution by the art world, for the art world. In his former position at Sotheby’s New York, Dekking was Vice Chairman and the Worldwide Head of Private Sales. His close relationships with collectors and museums were integral to the continued growth of private sales at Sotheby’s. Prior to joining Sotheby’s, he was Vice President of Wildenstein & Co. He advised individuals, museums and foundations on the formation and development of their collections. From 1996–2001 he was the founder and principle of Nanne Dekking Fine Arts, an art consultancy firm and gallery in New York. After graduating from the University of Amsterdam he held numerous distinguished positions in The Netherlands, including Deputy Administrative Director of the Dutch National Ballet. He started his career as Assistant Curator of the Historical Collections of HM The Queen of The Netherlands.