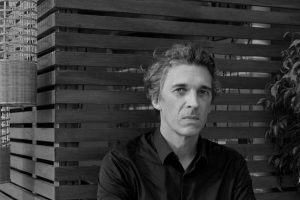 Nicolas Bourriaud is a French curator and art critic, who has curated a great number of exhibitions and biennials all over the world. He is now director of Radicants, a cultural platform based in Paris. With Jérôme Sans, Bourriaud cofounded the Palais de Tokyo in Paris, where he served as codirector from 1999 to 2006. He was the Gulbenkian curator of contemporary art from 2007 to 2010 at Tate Britain in London. In 2009 he curated the fourth Tate Triennial, titled Altermodern He was the Director of the École Nationale Supérieure des Beaux-Arts, an art school in Paris, France, from 2011 to 2015. From 2015 to 2021, he served as the director of Montpellier Contemporain (MO.CO.), an institution he helped create.