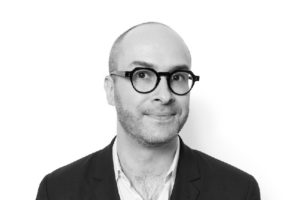 Andrew Goldstein is the editor-in-chief of Artnet News, the world’s most-read news publication covering the art world and the art market. A career cultural journalist who has spent the past decade at the vanguard of online art publishing, Andrew was previously the chief digital content officer at Artspace | Phaidon. Prior to that, he was the editor of Artinfo, building it into the most popular art news website at the time. A native New Yorker who cut his teeth in the trenches of the city’s traditional media, Andrew has written about art and culture for the New York Times, New York magazine, Rolling Stone, Spin, Portfolio, Man of the World, the (pre-Trump) New York Observer, the New York Post, and other publications. For one fateful year, he served as a crime and city politics reporter for the Chicago Tribune’s fabled City News Bureau, covering Barack Obama’s senate campaign. One summer, he worked in the New Yorker’s library. After graduating from Wesleyan University with a double major in English and the Classics, he once harbored dreams of becoming an archeologist, working for a stint at Morgantina, a Greco-Roman dig in Sicily. He later thought better of it and is glad he did. Andrew lives in New York City and does a little amateur apple-farming on the side.