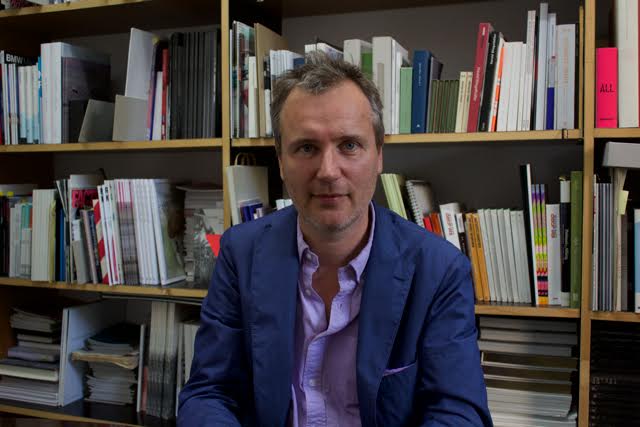 Based in Berlin, Jochen Meyer has a background in literature and history. In 1997 he founded the art gallery Meyer Riegger together with Thomas Riegger in Karlsruhe. In 2008 the gallery opened a second space in Berlin. Many of the represented artists had their first solo show in the gallery. Meyer Riegger represents young to mid-career artists including Franz Ackermann, Rosa Barba, Katinka Bock, Miriam Cahn, Eva Kotatkova, Helen Mirra, Jonathan Monk, John Miller, Melvin Moti, and Paulo Nazareth. Meyer Riegger has regularly participated in the main international art fairs. Since 2011, Jochen Meyer has been a member of the Art Basel Committee, and Meyer Riegger is also one of the six galleries behind Berlin Gallery Weekend, a leading even in the art world celebrating the tenth anniversary of its founding this year. In 2008, the same galleries launched the project art berlin contemporary, an annual event in which many galleries and artists participate.