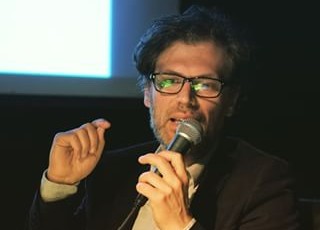 Art historian and co-founder (with Michał Kaczyński) of Raster art magazine, published from 1995 to 2003. In 2001 he and Kaczyński opened the Raster Gallery in Warsaw, one of the most internationally recognized galleries in Poland. He has curated various exhibitions, including Relax at the Arsenal Gallery in Białystok (2001) and De Ma Fenetre at the École Nationale Supérieure des Beaux-arts in Paris (2004). As an art writer Gorczyca has published numerous articles and essays and has worked with many national and international art journals. His publications also include two books: The Best Polish Short Stories (1999) and the novel Half Empty, co-written by Łukasz Ronduda (2010). As co-director of Raster Gallery Gorczyca he has been involved in the organization of collaborative projects: Villa Warszawa (2006), Villa Reykjavik (2010), Villa Tokyo (2011) and Warsaw Gallery Weekend (from 2011).