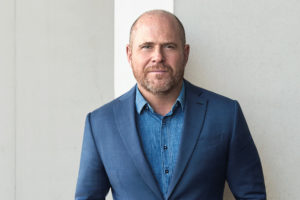 In his role as Art Basel‘s Global Director, Marc Spiegler oversees the global development of the organization across the three shows in Basel, Miami Beach, and Hong Kong. Spiegler joined Art Basel as Co-Director in 2007, became Director in 2012 and joined the MCH Executive Board in 2020. Over the first six years, Art Basel developed into a truly global platform for leading international galleries to show their programs. In recent years and under the directorship of Marc Spiegler, Art Basel developed further worldwide projects such as the Crowdfunding Initiative and Art Basel Cities. Spiegler also is a visiting professor at the Department of Policy Analysis and Public Management at Università Bocconi in Milan. Before joining Art Basel, Spiegler worked as a journalist for 15 years– writing about the artworld for magazines and newspapers such as The Art Newspaper, Monopol, Art & Auction Magazine, ARTnews Magazine, Neue Zürcher Zeitung, and New York Magazine. He studied Political Science and Journalism in the United States and England.