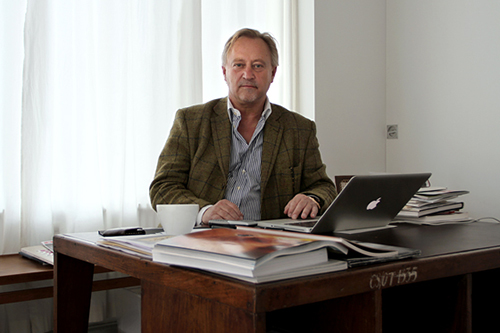 Founder and Director of the Galerie Nordenhake, Berlin-Stockholm. Member of the Art Basel Committee from  2003 until 2012. Nordenhake opened his first gallery in the mid-1970s in Malmö, which moved to the Royal Academy of Art building in Stockholm in 1986. His gallerist work expanded in 2000 and he opened Galerie Nordenhake  in Berlin, near Checkpoint Charlie. In 2005, together with six colleagues, he initiated the Gallery Weekend in Berlin, and two years later he moved his gallery in Berlin to a new location in Lufthansa’s historic central office, very close to the Jewish Museum. In 2008, he and his six colleagues came together again to launch the project abc-art berlin contemporary, an annual event in which many international as well as local galleries participate. Claes has participated in Talking Galleries from its inception in 2012.